In today’s highly regulated research and manufacturing environment, identifying the cause of a quality failure or a nonconformity as well as having a comprehensive and structured investigation process to prevent recurrence has become a mainstay. This is where a Corrective and Preventive Actions (CAPA) manager comes into play.

Many see CAPA’s as an arduous task that only needs to be completed in order to remain compliant, rather, the CAPA manager should be viewed as an end-to-end system that provides the tools necessary for identifying, evaluating and investigating incidents as well as implementing and checking the effectiveness of a resolution, for quality control and regulation. 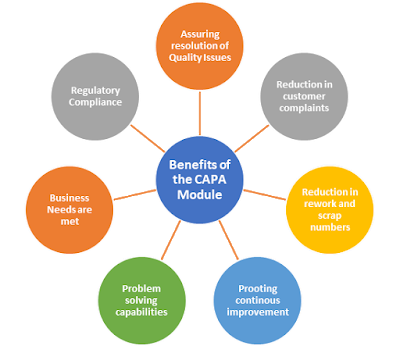 The QLIMS CAPA manager is designed to maintain Corrective and Preventative procedures for general incidents, sample parameters breaching specification and Instrument failure incidents, while also integrating with the extensive capabilities of the QLIMS platform. 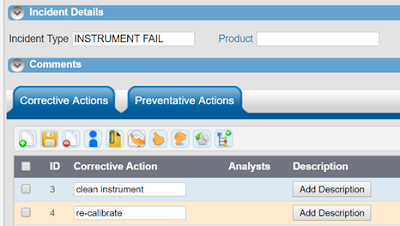 Thank you to all who visited us at SIA’s Laboratory Management Conference!

Thank you to Science Industry Australia (SIA) for hosting us and all those who stopped by our booth to speak with us at the Laboratory Management Conference this year. 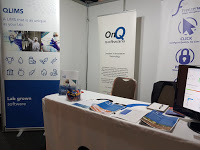 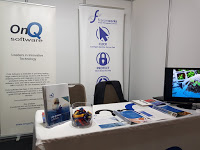 We would also like to thank those that attended Nick Gannoulis’ presentation on LIMS-driven Digital Transformation of the Laboratory. 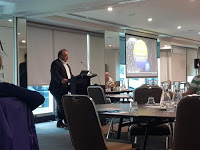 We have had some very productive discussions and will hopefully have some exciting news to share in the near future!

For those attending the IoT Solution World Congress in Barcelona this week please speak with the team from Elbis to learn about innovative solutions for industry including QLIMS as a part of IoT.

By utilising the Qlik Sense platform, OnQ Software enables its customers to truly take a step towards being more data driven, through; 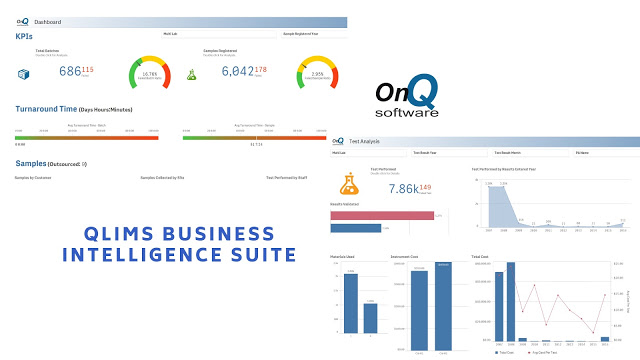 One of the major challenges faced by laboratories is the ability to directly and easily communicate with customers and/or collaborators through a secure digital channel. The hassle of putting through paper submissions, consistently contacting the laboratories regarding results associated with sample submissions puts a dent on the customer experience.
Keeping these issues in mind, the team at OnQ Software have used their expertise to create an innovative and easy-to-use Customer Portal. This solution ensures a hassle-free experience for the laboratory while keeping the customer happy.
How does it work?
Each client is provided with secured and restricted access to the portal, seeing only what they need to see/what is allowed by the lab. As the customer portal is directly linked up with the QLIMS database used by the laboratory, once the samples are submitted through the portal they turn up in QLIMS ready to be received, tested and the results churned out. Once the testing has been competed by the lab, the staff in charge can then directly fill in the results or attach a report which when published is automatically accessible to the customer on a read-only basis.

The customer/submitter/clinician/collaborator also has a history of their reports which further takes a load off the laboratory in terms of answering requests for historical data. 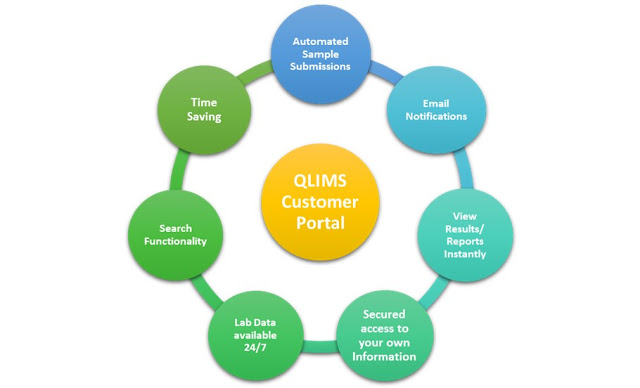 According to Anne-Marie Curle, Food Technologist and QC Management at Baiada Poultry (one of our long term customers), “In the old world we received hundreds of handwritten QA testing submissions every week, which needed to be manually entered into our database. Now our processing plants are able to book their submissions directly into the QLIMS system. That has freed up a full time staff member to be more hands on, on the bench, rather than tied up with paperwork“.

The QLIMS Customer Portal reduces paperwork, consumes less time, ensures security, traceability and provides a central portal for a customer and Laboratory to formally interact with each other.

Build vs Buy – Should you be Building a LIMS or Buying one?

Once your lab has made the decision to incorporate a Laboratory Information Management System (LIMS), then comes the big question: To build a LIMS or to buy it?

There are a number of proponents for both sides but what would actually be better for a lab, particularly in this age of ongoing technological enhancements?

When making that decision, you must consider that ultimately what you need is a LIMS that reduces sample turnaround time and errors, efficiently manages lab resources, automates routine tasks, and helps you seamlessly integrate new technologies and scale up sample volume.

Should you be Building your own LIMS or buying it from a trusted vendor?

There are some major points to consider, the first being your ability to Customise. Many labs believe that building your own LIMS allows for full customisation as you can build the LIMS specifically according to the needs of your lab. But what happens when you bring in new technology? The LIMS you have created has a rigid framework that has been customised entirely according to your lab at that point, would you be able to seamlessly upscale your research?

This issue does not arise where buying a commercial LIMS is concerned, the LIMS can be customised to integrate any change in technology, new instrumentation or a larger throughput of samples. This would extend the useful life of the system, eventually providing you with good returns on your investment.

Secondly, Cost, how much are you willing to spend in the long run? Building your own LIMS is a costlier process in terms of cost of ownership, as it compounds the total development cost.

Once you have employed IT experts or a programmer to build your LIMS for you, it doesn’t just end there, once the LIMS is complete the needs of your lab could have changed or you may have purchased expensive equipment which now cannot be integrated with your LIMS. You would have to get that programmer back in to modify your LIMS or rebuild – this cost a great deal of money and time eventually causing you to lose out in terms of a return on investment.

On the other hand, if you were to buy a LIMS that can be customised by the vendor to consistently suit any operational changes, the initial cost may be higher, but it would be a safer bet as you would not have to keep raking up more costs in the future, you have the expertise of the vendor to make the changes you need.

As illustrated in the infographic below, the reasons to buy a LIMS far outweigh those for building one:

Ultimately, if you want your LIMS operational in a couple of months with the flexibility of allowing your lab to expand without having to take on the effort of modifying the LIMS according to the changes in your lab, it would be preferable to dole out that cost and buy it from a trusted vendor.

Conversely, if LIMS is not an immediate requirement, you can go ahead and make the decision to build your LIMS to the exact requirements of your laboratory. 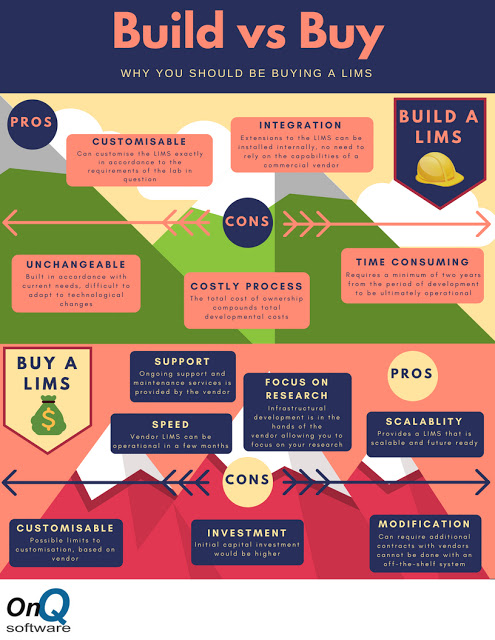 Thank you to all who visited us at CommunicAsia

Thank you to the Victorian State Government for hosting us and all those who came to the stand to speak with us at CommunicAsia this year.

Had some very productive discussions and hopefully some exciting news to share in the near future! 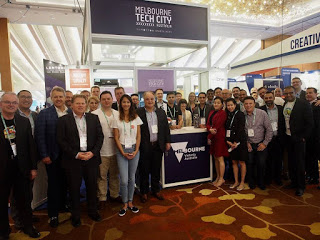 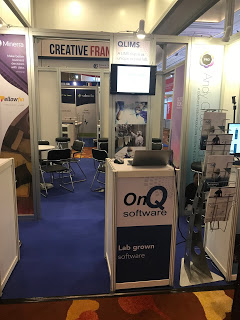 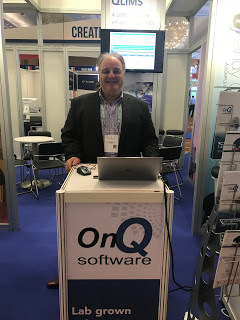 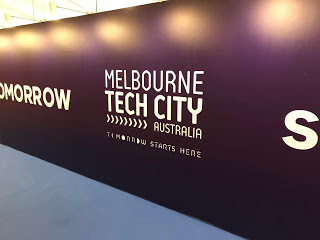